It’s easy to promote your brand the old-fashioned way, but with so much competition, coupled with new and exciting ways companies are “getting the word out,” isn’t there a better strategy to put your brand in prime position to attract consumers?

Especially, in New York, one of the world’s most high-profile cities, standing out is necessary to drive your business.

Why not take your show on the road and bring your brand directly to where your audiences are?

With marketing food trucks, you can amplify your brand at the intersection of engagement and excitement.

Whether you’re announcing a high-profile launch, looking to reinvigorate your current image, or even just want to introduce yourself to new fans, marketing food trucks are an innovative way of making your brand be in the driver’s seat of the conversation.

When your country becomes accredited as a recognized UNESCO City of Creative Gastronomy, what better way to celebrate than with a coast-to-coast U.S. food truck tour? In 2018, Macao, a culinary hotspot located on the south coast of China, did just that.

Formerly a Portuguese settlement for over 400 years, Macao is a melting pot of cultures, boasting more Michelin Star restaurants per square mile than anywhere in the world. To promote their prestigious status, The Macao Government Tourism Office (MGTO) launched pop-up events at various locations throughout New York City, Los Angeles, and San Francisco.

Their experiential marketing food truck tour brought the sights and tastes of Macao to life with a custom mobile buildout with custom printed banners, a TV broadcasting highlights of Macao’s cuisine and culture, and mat flooring emulating Senado Square (part of Macau’s historic center, which became a UNESCO World Heritage Site in 2005).

MGTO’s goal of the marketing food truck also had an educational angle, with brand ambassadors handing out informational brochures, travel information, and promotional souvenirs, while performers showcased traditional Macanese songs and dances, highlighting the exotic beauty and culturally-rich history of the region.

Last spring marked the end of years of preparations for the most important day in Uber’s history: their initial public offering on Wall Street. And, Uber wanted to launch their IPO in a big way, with a memorable “thank you” to their customers.

As part of a field marketing strategy, two marketing food trucks were transformed into “UberEats mobile pop-ups” and stationed in front of the New York Stock Exchange, as an Uber banner hung from the front of the historic building ahead of that trading day’s opening bell. 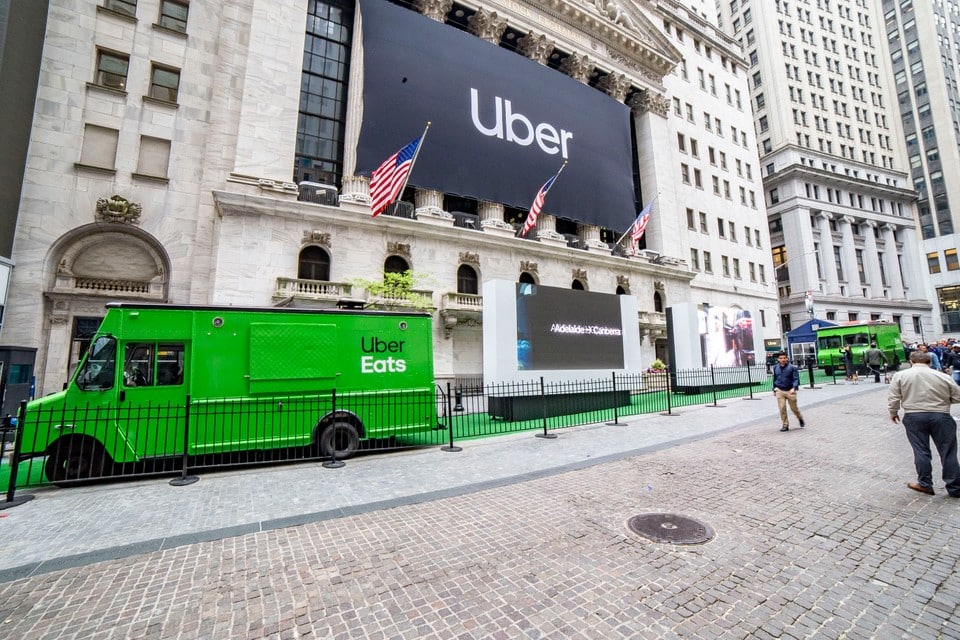 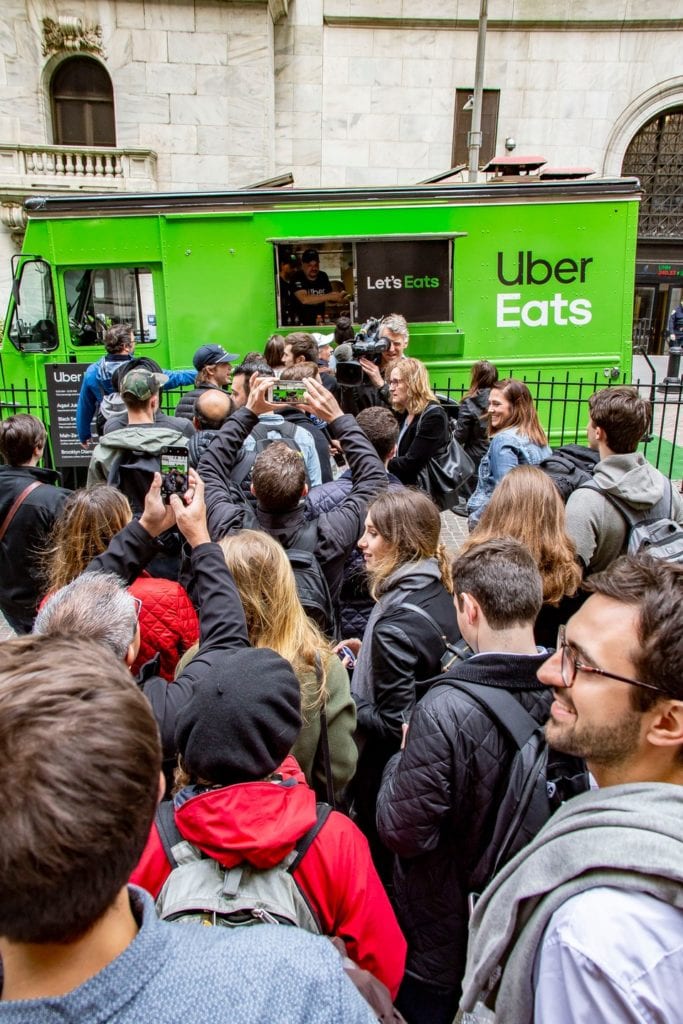 Uber’s dramatic Wall St. debut and branded marketing food trucks effectively enhanced an already monumental day for Uber. With an interactive experience for New Yorkers, Uber capitalized with over 15,000 impressions on social media and over 3,500 new downloads of the Uber and UberEats apps.

The tried-and-true Toyota Camry was the top-selling passenger car in the U.S. last year and remains one of the best-selling vehicles of all time, even in a market that is always evolving and inventive.

But, the Japanese automaker wanted to refresh the Camry’s pervasive image and change the perception from “stale” to “fresh” with branded food truck marketing to generate excitement for the release of Toyota’s 2018 Camry, pushing back against the brand’s “vanilla” reputation.

Parked outside of New York City’s Bryant Park, Toyota’s #NotVanilla food truck served an array of ice cream flavors in branded cones on “National Ice Cream Day.” With two new Camrys flanking the truck on either side and banners with a call-to-action, Toyota took advantage of the popular social media event and made it their own, all while reinvigorating the public’s impression of its most popular vehicle.

With so much hustle and bustle, it’s no small feat to get the attention of a New Yorker and stop them in their tracks. Interactive experiential experiences help make memorable moments that stick in consumers’ minds.

Food always brings people together and marketing food trucks can help build brand awareness, increase audience engagement, and cultivate consumer loyalty. Whether you want to showcase who you are, celebrate a big day, or refresh your image, marketing food trucks are the perfect way to make experiential magic happen for your brand. 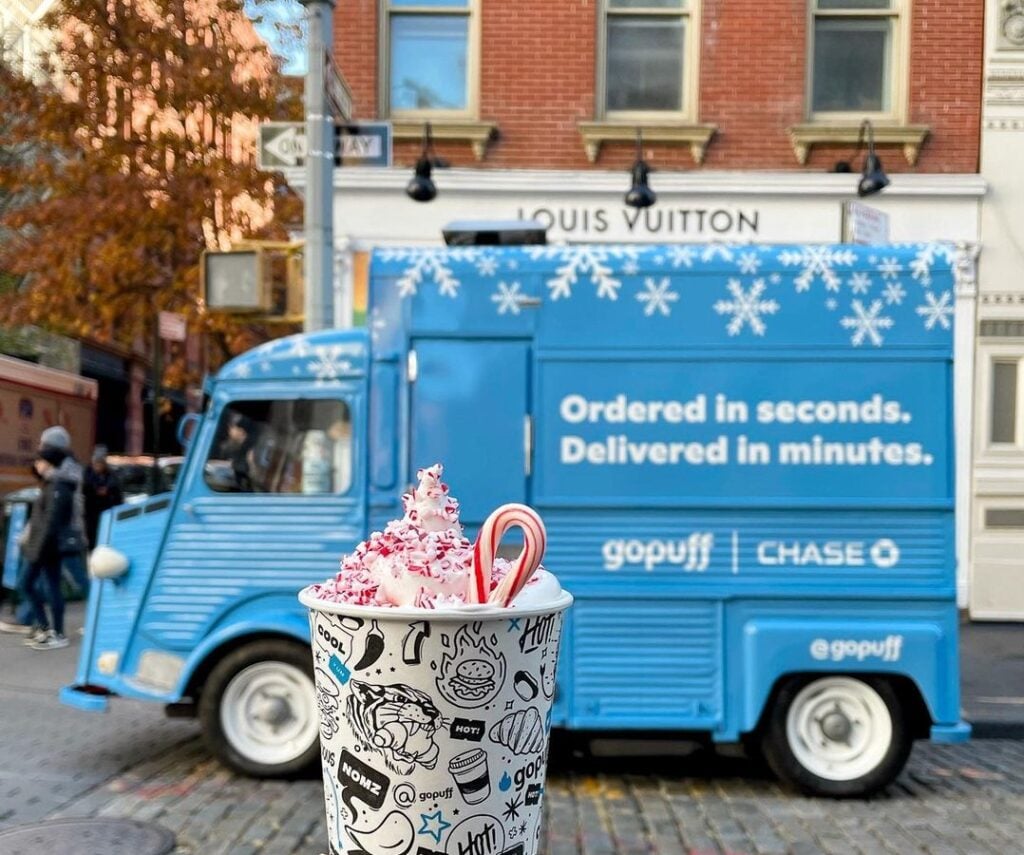 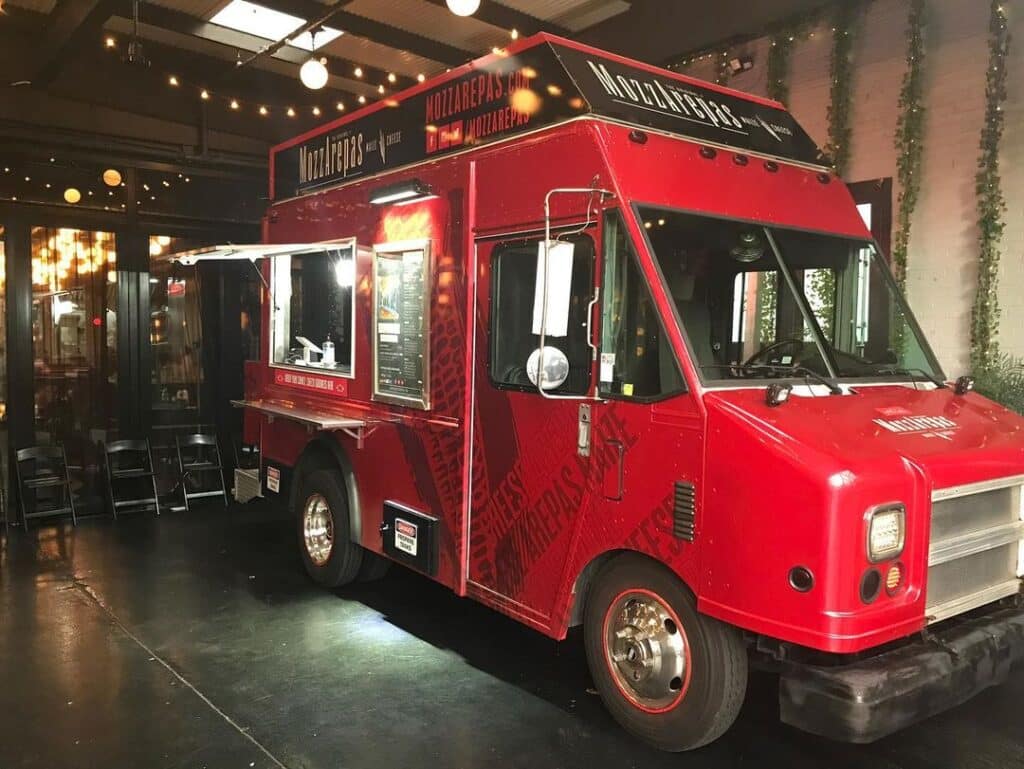