Ditch that grill and hit the streets of New York for some of the tastiest franks in the world, as July marks “National Hot Dog Month.”

Now that the weather has warmed up, people across the country are enjoying sunny skies and firing up their grills. But, what barbecue would be complete without the classic hot dog? Since 1956, July has marked “National Hot Dog Month” and New York food trucks boast some of the finest dogs in the U.S.

If you’re a New Yorker, chances are when you think of hot dogs, Nathan’s Famous comes to mind. For many, it’s the quintessential hot dog brand in the world. And, while today you can find a Nathan’s restaurant from Mexico to the Philippines and in supermarkets across the U.S., its humble beginnings have endeared the New York icon to millions of fans.

Armed with a $300 loan from friends and his wife’s “secret spice recipe,” Nathan Handwerker opened the first Nathan’s hot dog stand in 1916 on Coney Island, selling his now-legendary hot dogs for only a nickel.

Fast-forward over a century later and we’re still hungry for an original Nathan’s Famous after all these years. With a whopping 55,000 locations throughout the United States and over 10 foreign territories and countries, their carts stationed throughout Manhattan are still just as memorable as their famous hot dogs.

A mention of Nathan’s wouldn’t be complete without their traditional 4th of July “Hot Dog Eating Contest.” But, did you know it dates back to shortly after the first Nathan’s opened? In order to settle an argument over who was “most patriotic,” four immigrants held a hot dog eating contest at Nathan’s Coney Island location.

Today, the popular event is broadcast live on ESPN, with nearly a million viewers tuning in for this year’s contest as reigning champs Joey Chestnut and Miki Sudo captured their 13th and 7th titles by crushing a respective 48 ½ and 75 hot dogs in 10 minutes.

Walter’s Hot Dogs has been a New York institution and their popular restaurants, with their copper-roofed Chinese pagoda, have been drawing crowds since 1919. Today, Walter’s is so iconic in it’s hometown of Mamaroneck, New York, and beyond, it’s recognized as a nationally registered historical landmark.

Walter’s Hot Dogs has been a family affair since the beginning, when (the eponymous) Walter Warrington opened the original location, which he ran for over 60 years.

Walter’s family has since taken their patriarch’s original hot dog stand to new heights with additional locations in White Plains, New York and Stamford, Connecticut, as well two food trucks cruising around the Westchester area, and their celebrated hot dogs and mustard sold in local supermarkets and shipped worldwide.

As current owner Katharine Warrington told Westchester Magazine in 2019, as Walter’s hit its centennial milestone, “It’s been 100 years and we’re so proud of it. We’re so lucky we had the grandfather that we did and the relationship that we did, because that’s the most important thing to us, almost like giving back to him by carrying on his legacy.”

July is the perfect time to celebrate National Hot Dog month. With warm weather and outdoor gatherings, wouldn’t it be nice to invite friends and family over, while enjoying this all-American classic?

But, instead of standing over a hot grill and missing out on all the fun, check out these New York food trucks perfecting the art of the hot dog and beloved as classic favorites around the world. 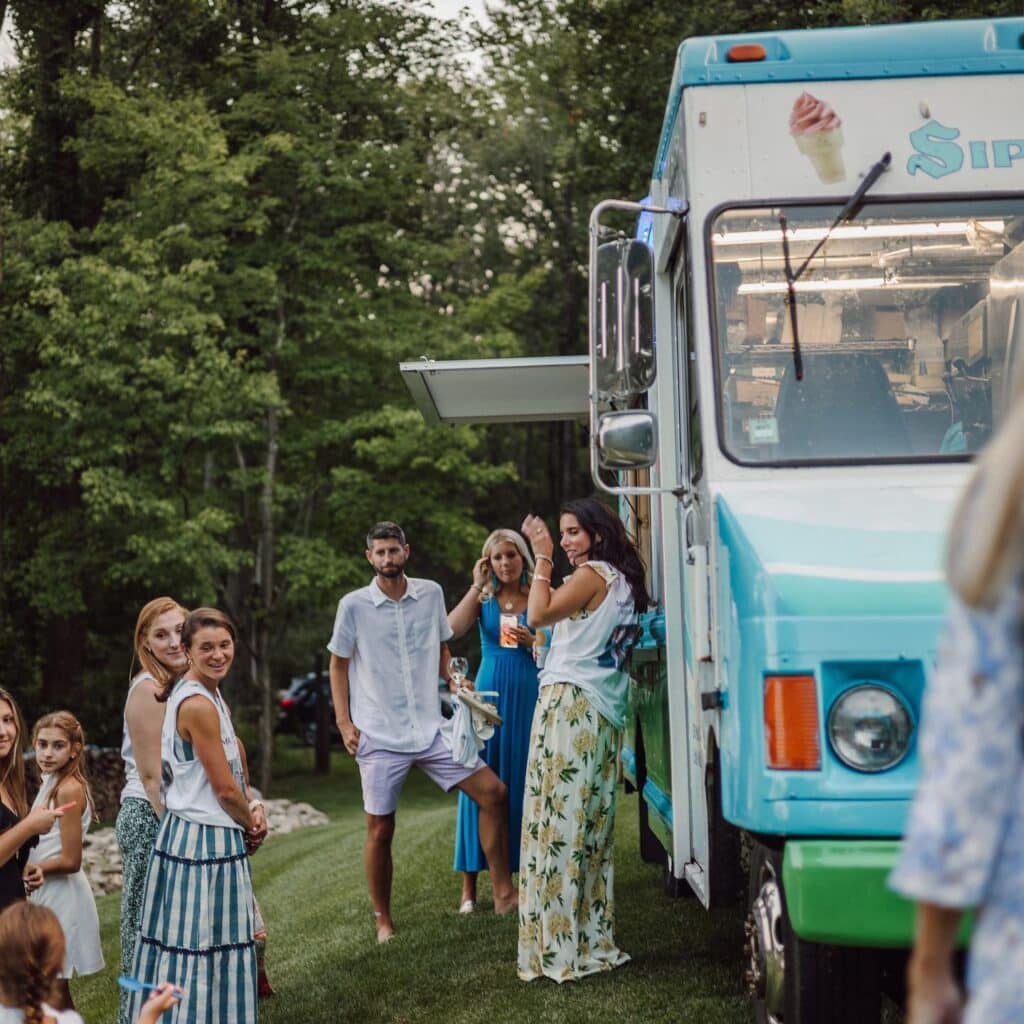